After making our way to the famous Coliseum we continued on past the Forum ruins, marveling at the blend of ancient and more recent architecture, plus a million statues of Caesar all mixed up together. 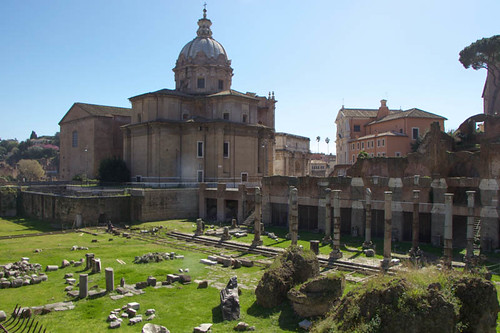 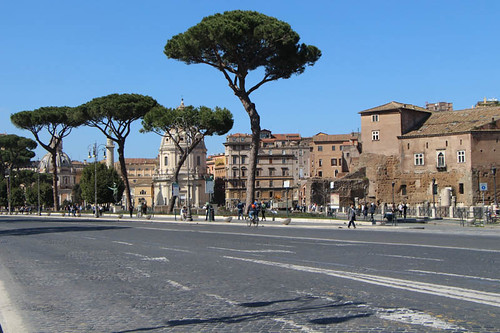 We also stopped to see the “Cake Topper Building” as Amanda called it.  It’s actually the Monument to Victor Emanuel II, Italy’s first king.  Construction began after WWI and dragged on for a long time.  Most Romans unequivocally hate this gaudy, tacky building.  It doesn’t really fit in well with the ancient ruins surrounding. 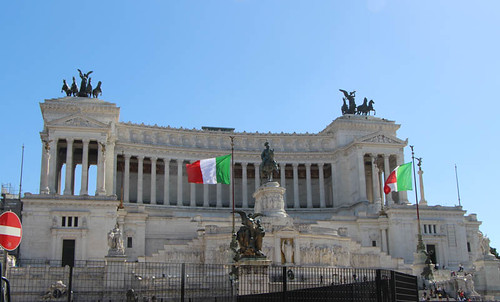 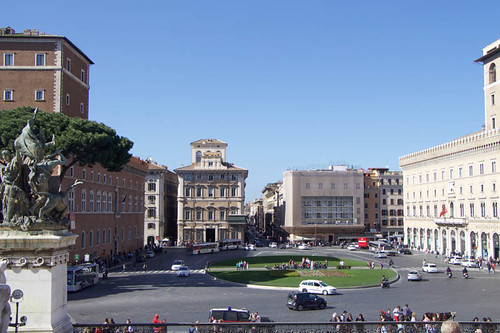 and a great view of the Coliseum and Forum. 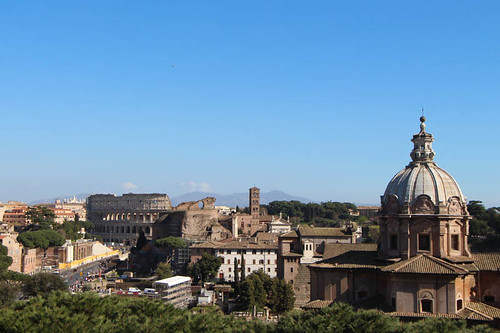 At this point, it was finally time for lunch.  That being said, I think a whole separate post will have to be used to describe all the amazing food eaten in Rome!  So stay tuned for that… 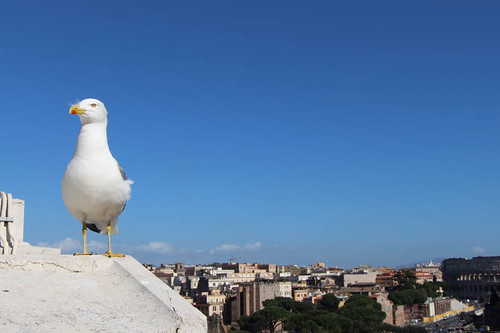 The Trevi Fountain was under construction which made it a little harder to see.  Legend has it that if you throw a coin into the fountain it means you’ll come back to Rome.  We didn’t get to throw any in since there was a fence up around it, but I hope I still get to come back! 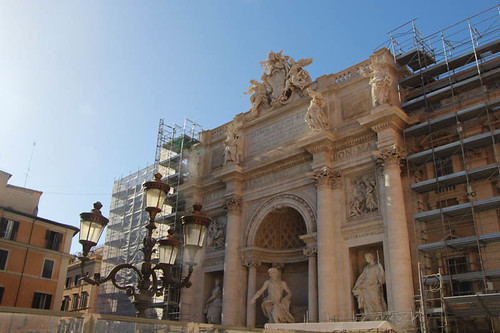 Gotta love hilariously translated signs!  We did our best to shout, squall, and sing our way up the Spanish Steps after reading this. 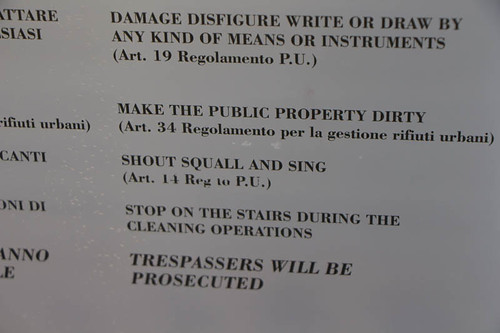 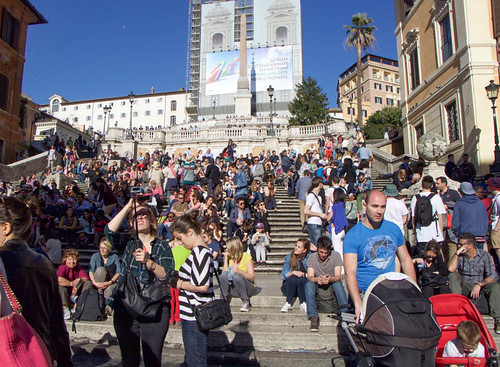 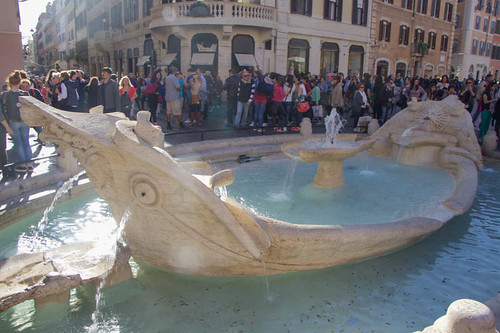 Some more stopping in piazzas for intricate fountains and crowded people-watching. 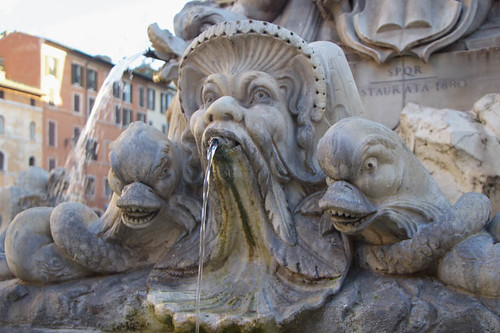 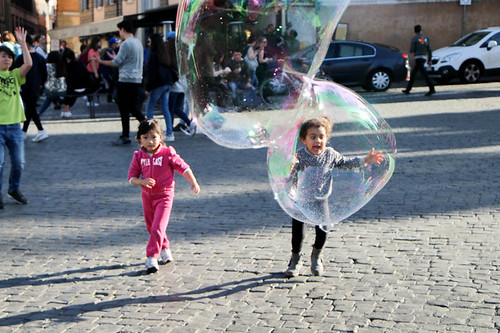 Another cool thing about the piazza fountains is that they all have pillars with Egyptian hieroglyphics sticking out the top.  These date back to the times when Cleopatra came to rome to marry Marc Antony. 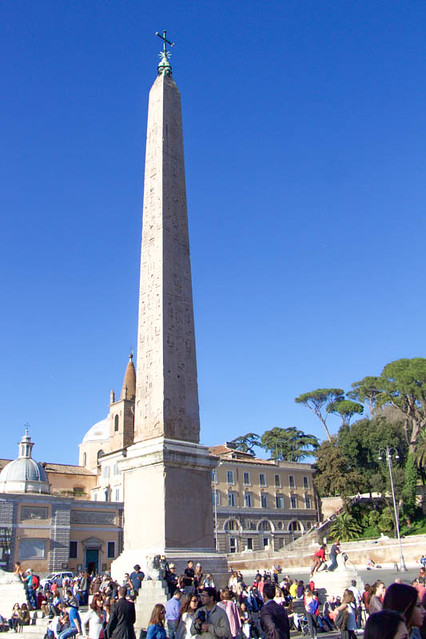 Next up!  The Pantheon!  It was founded between 25 and 27 BC and is the oldest surviving intact pagan temple.  It was dedicated to all twelve of the Roman gods and later converted into a Catholic church once Christianity took over.  To say it is impressive is an understatement. 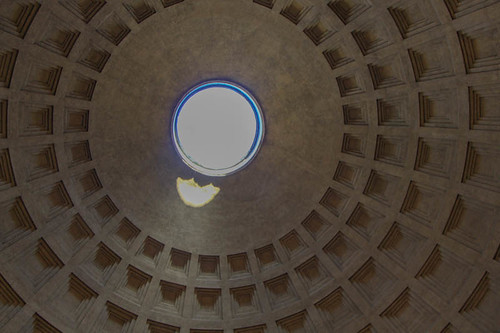 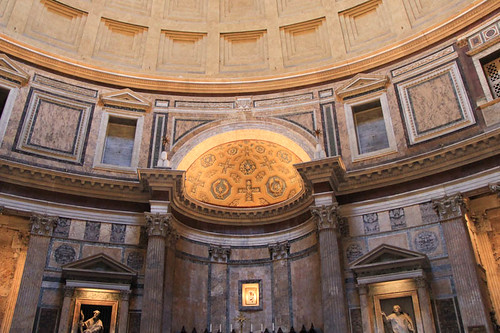 The afternoon ended up with more strolling through piazzas, some mucn needed gelato, and then dinner and wine with friends until late into the night.  The excitement got us through all of our jet lag and we had such a fun time exploring as a reunited group! 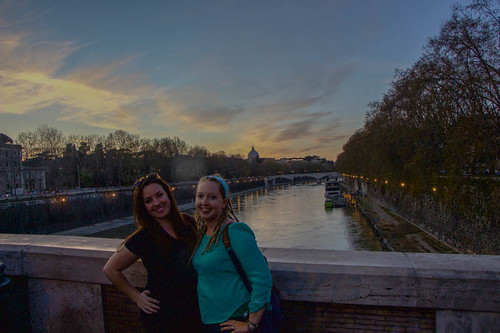