On our last day on the island we took the bus to Penang National Park, about an hour ride from central Georgetown.  There were several possible hikes but the Canopy Walkway was under renovation so we settled on the hike to Monkey Beach.

Here is a short video of our adventure.  Make sure to check out 1:25 for some angry monkeys. 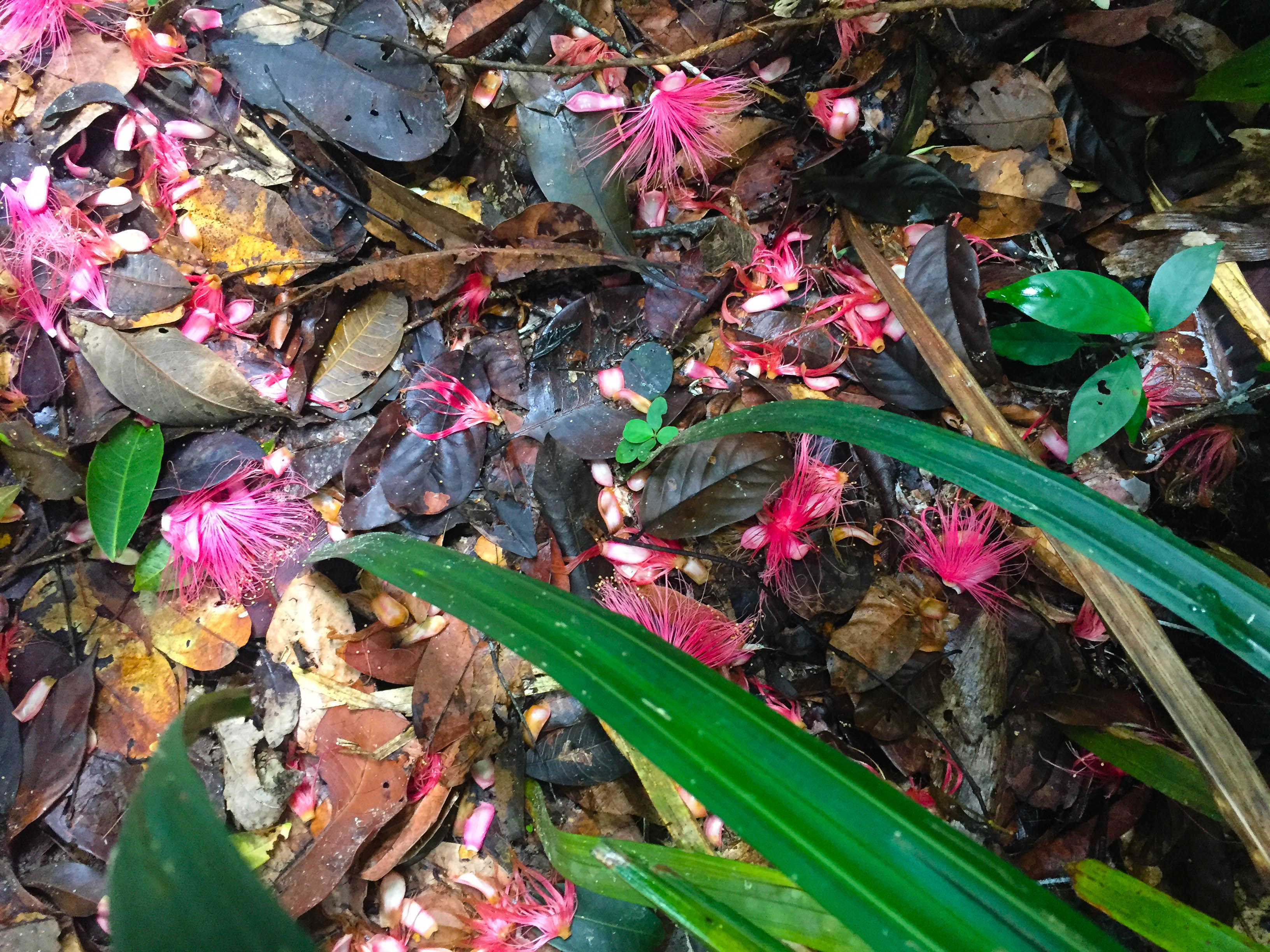 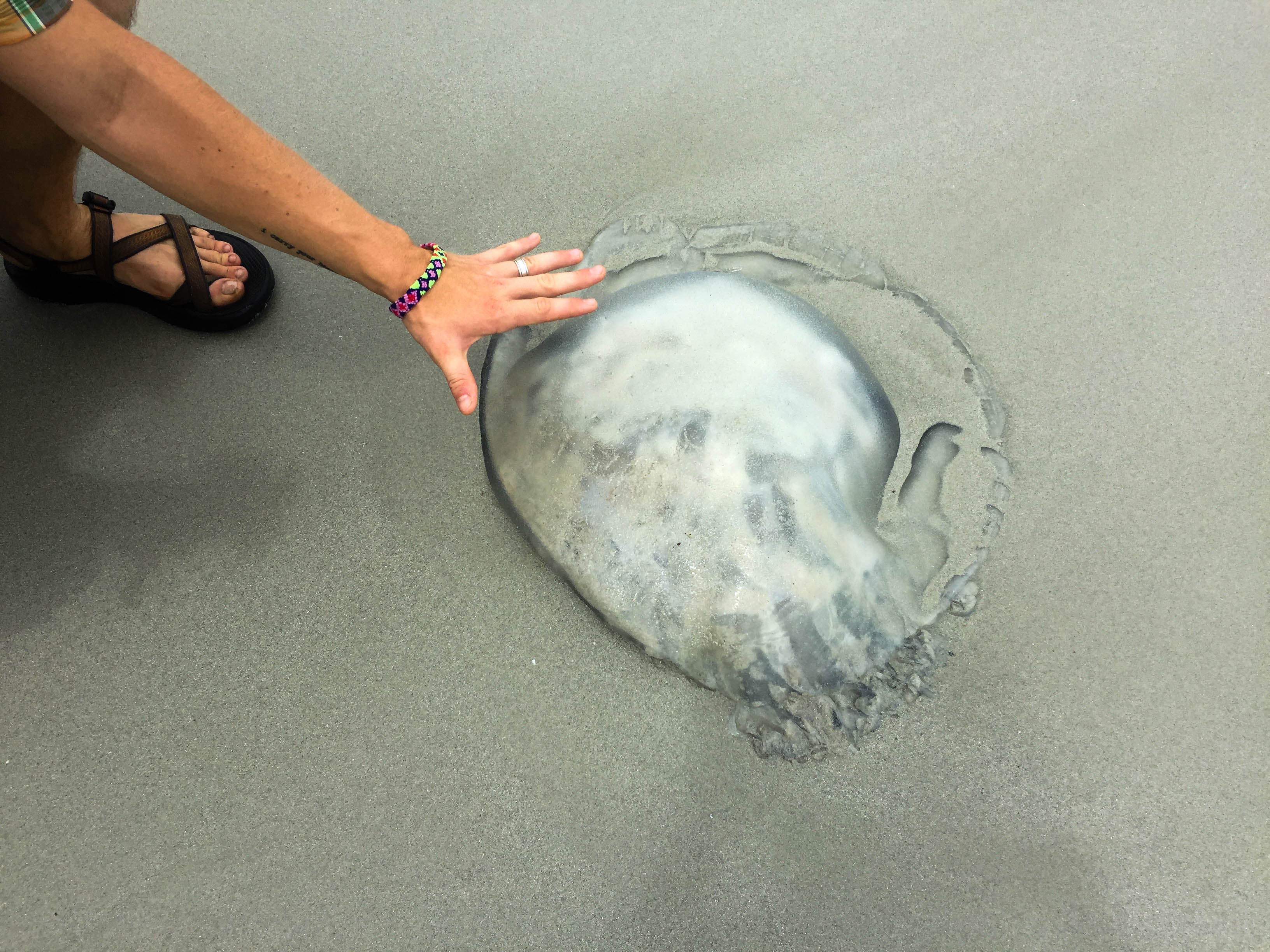 We spent over an hour walking the jungle path until we came to the beach.  We sipped coconuts and had the usual arguments with the monkeys. 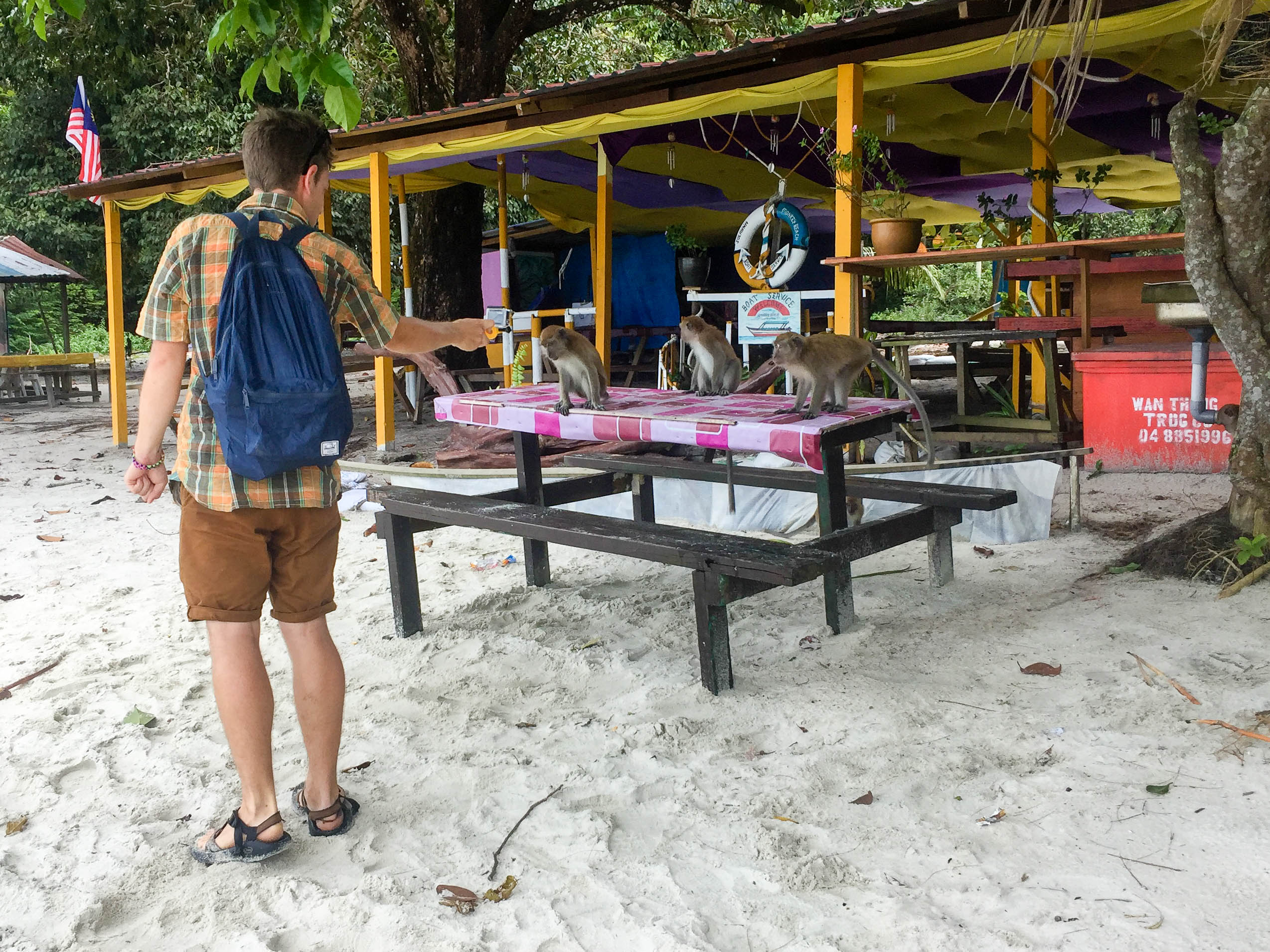 They never like me very much and it never fails that we end up screeching at each other.  There were a lot of the little buggers and they had big teeth so we let them win this time.  We didn’t eat enough breakfast for such a long hike and were super hungry by the end (having only eaten like twice before leaving).  So we got some roti (fried folded delicious bread) while waiting for the bus back. 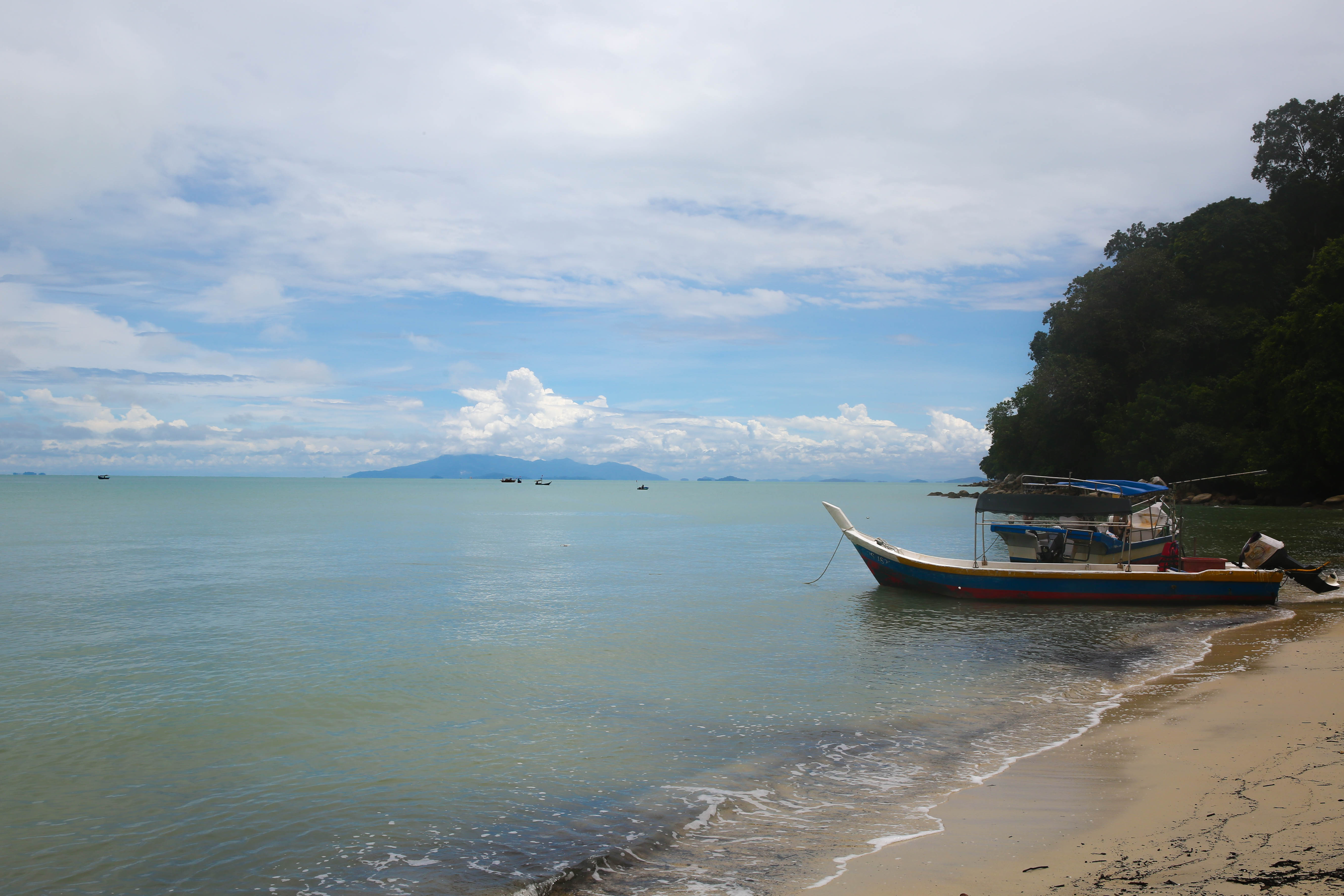 We were upset with the amount of trash in Penang National Park and saw quite a few Malaysian hikers throw their empty bottles right onto the beach.  Several people on Monkey Beach were selling a variety of drinks, all in small plastic bottles but there were no trash bins and it was obviously too much work for people to just carry it out.  A group of 20-30 middle school students passed us, each with their own small plastic bottle of water.  We talked while hiking out about how they could clean up all the trash in a few days with just a few people.  Near the entrance we came upon five park employees sweeping leaves off the path.   Yes that’s right, FIVE PEOPLE.  SWEEPING. LEAVES. OFF. A. PATH. IN. THE. JUNGLE.  I was really frustrated by the whole system and I tried to calmly explain this to the Park Ranger at the front gate on our way out.

Me: “Why do so many people throw trash on the beach?”

His response, waving his hands as if it’s hopeless: “They are local people.”

He smiled and said, “Have a nice day!”

Well, that was that.  Non-confrontational Malaysian culture for the win!  Reflecting upon it, I don’t blame the people anymore.  Yes, we all need to be more conscious of the products we buy and the waste we produce but I blame the governments for not educating their people better and most of all the companies that produce the bottles.  If I were Supreme Dictator of The World, the Coca-Cola company would no longer exist.

Want to read more about Penang? Check it out here!